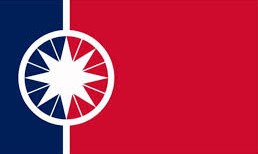 David Perry, Norman Ward 2 City Councilmember, died suddenly in his home on Saturday, August 22, 2020, at the age of 60. He had been under treatment for a heart condition.

David was born in Purcell, the first child of Lural Perry and Geneva (Cudd) Perry. David lived in several different communities as a child, including Jay, Claremore, and Edmond, before his parents settled in Yukon, and he often spent time in Lindsay at the home of his grandmother, Doris Cudd, a teacher of Latin and other languages. David graduated from Yukon High School, where his father was principal and his mother was a home economics teacher. David played trumpet in the Yukon marching band and the jazz band.

David graduated from the University of Oklahoma and put down roots in Norman, where he lived for the rest of his life. He taught social studies and government at Maysville and Oklahoma City public schools. He then went into business selling and servicing communications and electronic devices. In recent years David returned to the classroom as a substitute teacher in Moore and Oklahoma City public schools.

David married Karen (Jones) Perry and the couple had one son, Britton. They later divorced. A proud and loving father, David was active in the Norman North Band Parents Association and served as a debate judge. David sealed his long-time relationship with Margaret Levin Phillips in marriage on August 20th, two days before his unexpected death.

David was an amateur radio operator under the call sign N5KUJ. He revered the World War II veterans that he met through the South Canadian Amateur Radio Society.

David learned much about the history of Norman’s growth and development from close friends in the older generation of business and civic leaders. He developed a keen interest in civic issues, including the protection of Lake Thunderbird as Norman’s water supply and modernization of communications infrastructure. He served on Norman’s Environmental Control Advisory Board. In 2004 he ran unsuccessfully for Cleveland County Commissioner, District 2. He served as chairman of the Cleveland County Democratic Party from 2007 to 2009, and he remained active in the campaigns of many progressive candidates.

David ran twice for Norman City Council, losing in 2018 before being elected as Ward 2 councilmember in 2020. He was sworn into office on July 7th. His passion was to represent the interests of the everyday people of Norman. He was deeply committed to giving a voice to underrepresented and marginalized persons in the community, and he was a strong advocate of inclusion and justice. He upheld the common good as the central priority of government.

David was preceded in death by his parents and grandparents and by many dear friends. He is survived by his wife Margaret and his son Britton, of Norman, his brother Mark Perry, sister-in-law Stephanie and nieces Madison and Lauren of Central High, brother Brad Perry of Ardmore and nephews Zachary, Kirk, Patrick, and Ian, stepdaughter Rose Phillips of Waterloo, Iowa and stepson Jonathan Phillips of Kansas City, Missouri.

Due to the imperative of preventing further spread of the coronavirus, the memorial service will be a live-streamed event, available via the link below on Friday, August 28, 2020, at 2:00 p.m.

In lieu of flowers, donations may be made to Food and Shelter (http://www.foodandshelterinc.org/) or Meals on Wheels (https://mealsonwheelsnorman.com/).