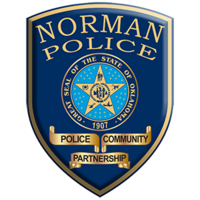 Don was born June 13, 1942 in Hattieville, Arkansas to Fay and Thelma Holyfield. He spent much of his adolescence on a farm/ranch in his native state of Arkansas. There he attended Wonder View High School through the ninth grade.  After the death of his father, the family sold the family Farm/Ranch and moved to Tulsa Oklahoma.  After a brief stay in Tulsa, the family relocated to Weatherford, Oklahoma.  There Don completed High School. Upon graduation he enlisted in the Oklahoma National Guard and was stationed at Ft Leonard Wood, Missouri and Fort Sill, Oklahoma. He was assigned to an AIT Field Artillery Company.

His first assignment was as a patrol officer, walking a beat.  In 1964, he was assigned to a scout car in the patrol division.  He was promoted to Sergeant in January 1967, and was appointed Director of Personnel and Training.  He was tasked with the development of a comprehensive recruitment and selection program for both civilian and commissioned personnel.  At the time, the department relied on short courses conducted by the state to train its personnel.  The agency’s administration determined this was not adequate training for the Norman Community.  He was assigned to develop the first curriculum for new recruits.  He attended Northwestern University Traffic Institute training course that prepared him for the task of organizing and implementing the department’s first Police Academy.  In 1969. he was promoted to Lieutenant and was selected to attend the FBI National Academy in Washington D.C.  After graduating he continued his undergraduate work at Oklahoma City University and received a degree in Criminal Justice Administration.  In 1971, Don was promoted to Captain and given additional emergency services responsibilities.  In 1973, he was promoted to Major and commanded the Administrative Services Bureau.  In 1975, he was promoted to Chief of Police where he served until 1986.  During his tenure, many new programs and innovations were introduced into the department.  Some of the most notable were enhanced training, new police facility, development and implementation of Safety Town programs for children at the Sooner Mall that has trained thousands of children in traffic safety, new police training facilities, introduction of the Emergency Medical system into the police department and the construction of two new EMS facilities, one West side and one East Side location.  After only two years, the EMS system was awarded the best system in the state.  Thus far six of the EMT’s trained by the department went on to be medical doctors.

Retiring from the Norman Police Department in 1986, Don was asked by Mr. K.O. Rayburn and Bob Lester past and present Directors with the Council on Law Enforcement Educations and Training (CLEET) to accept the position as the agency’s Director.  The agency develops training standards for all Oklahoma law enforcement personnel.  CLEET also provides state mandated basic academies and continuing education for all state, county and municipal law enforcement officers.  As Director, Don introduced a number of new programs and innovations.  Most notably was the regional training concept allowing agencies to determine their own training needs and providing exceptional training to all areas of the state.  He also worked with the University of Oklahoma to validate the basic academy curriculum and developed standards and procedures to maintain an updated curriculum to meet future needs.

Don along with Jim Cox and Charlie Spencer were the founding fathers of the Oklahoma Association of Chiefs of Police.  The mission of the organization was to enhance the next generation of law enforcement and it continues strong today.

In 1992, Don began operations of his own management consulting firm.  He oversaw many projects in a number of federal, state and local law enforcement agencies.  Some of the most notable were the U.S. District Court Civil Case with the City of Dallas, Texas.  An extensive transition study for the Golden Gate National Park Service, transitioning Fire, Police, Emergency Medical Services at the Presidio Military insulation, to The National Park Service.  He continued to maintain his consulting on a limited basis over the next several years before finally retiring.

Don was highly respected in his profession and served at the request of communities, as the Interim Chief of Police for Yukon Oklahoma and Interim Sheriff for Cleveland County Oklahoma.  In his time with these agencies, he was able to elevate the agencies, provide a direction for the future and encourage the staff who were all hard-working employees.

Don and June loved and supported his friend, Pastor John Murrell’s mission to reach out to the rural communities.  He was a champion for those less fortunate.

The family would like to thank all of the doctors, nurses and staff who took care of Don.  The compassionate care of Dr. Nguyen and his friendship during these past years will never be forgotten.

Don is survived by his immediate family, wife, June Holyfield; his daughter, Sherry and husband Mike Brock; two grandchildren, Michael Brock and wife Kaity, and Kimberly Brock and fiancé Wes Timm.  Don has many relatives and life long friends because he inspired loyalty.

In lieu of flowers, memorial contributions may be made to the Norman Animal Welfare Center, 3428 Jenkins Ave, Norman, OK 73072.

To plant a tree in memory of Don P. Holyfield, please visit our tribute store.

You can still show your support by planting a memorial tree in the memory of Don P. Holyfield