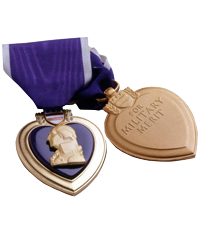 Edwin Gene Heister, age 89, passed away peacefully early Friday morning, February 19, 2021, in his home.  Ed, as he was more commonly known, was born to Meredith “Mert” Heister and Ora Ellen Emerson on March 30, 1931, in Perkins, Oklahoma.  He was the 6th of 7 children, with three brothers and three sisters.  The schools he attended were always within three miles of their farm in Perkins.  It was often said that he and his brothers would ride whatever they could get their hands on to get to school, presumably a mule.  When his father got too sick to work the farm, Ed quit school and worked the farm for him.  His love of family started from a very young age and never wavered.

As a young man he fought in the Korean War, where he was awarded the Purple Heart, the Korean Service Medal with a Bronze Star, the Combat Infantry Badge, and the Silver Star Medal for his bravery and dedication to his fellow soldiers.  Upon his return to the States, Ed met Florene Ellison, whom he married after a brief courtship on August 29, 1953.  They eventually settled in the 10 Mile flats of Norman, Oklahoma, where he loved being a good neighbor and a family man.

Ed and Florene raised three children, Larry, Carol, and Gary.  They attended the First Christian Church of Moore starting the 1960s, where he served as an elder for many years.  He learned carpentry and opened his own business, Cabinets by Ed, which he operated until his retirement in 1998.  He volunteered for the Cleveland County Election Board for a number of years.  He enjoyed vacationing in Creede, Colorado and Branson, Missouri, and watching M*A*S*H*.  The real joy in his life was spending time with his children and grandchildren - he never missed a Grandparent’s breakfast or chance to see his grandkids doing what they enjoyed.  Even as his memory faded, his eyes would still light up when he saw his grandchildren and great grandchildren.

To send flowers to the family or plant a tree in memory of Edwin 'Ed' Gene Heister, please visit our floral store.