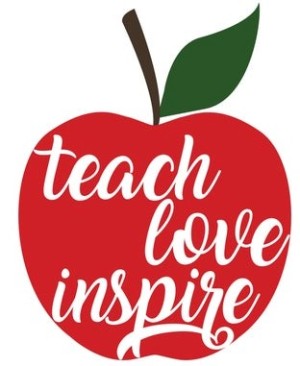 Molly Sue (Levite) Griffis passed peacefully at her home in Norman, age 83, on September 24, 2021, after a full life and final decline due to Lewy Body Dementia.  Her two children, other close family and friends, and caregivers were by her side.

Molly was born July 13, 1938, to George and Lilly (West) Levite in Lawton, Oklahoma. Raised in Apache with her sister Georgann (Levite) Vineyard, she entertained everyone growing up with her talents as an acrobat, baton twirler, and socialite. Molly enjoyed spending time at Levite’s, a general store owned and operated by her father George Levite. She attended Girls State during high school and was elected governor with the somewhat risqué campaign slogan, “Get Hot to Molly”. She was selected to attend Girls Nation in Washington, DC.

She graduated from Apache High School, then received a B.A. in English at the University of Oklahoma. Honors included Outstanding Freshman Woman and membership in honor societies Alpha Lambda Delta, Tassels, and Mortar Board. She was a member of Alpha Delta Pi sorority. One major accomplishment in college was her relationship with future husband Louis Griffis, as brokered by future father-in-law Lyle Griffis. But during her sophomore year, Molly’s mother encouraged her to date other people before getting too serious with Louis. She followed that advice before returning to the quiet, reliable Louis in her senior year.

In January of 1960, Molly and Louis followed a wild impulse to elope, with the informal promise from her father that if the young couple did so, he would gift them the price of a wedding. Unfortunately, Molly’s father had not secured the approval of this promise with her mother, so when Molly reminded him after the fact, he quickly rescinded the promise, claiming that Molly’s mom would “kill him” if there weren’t a full and proper wedding.

The newlyweds were stationed in El Paso, Texas, where Louis fulfilled his required two years of active duty following Army ROTC. They then moved back to Norman, where Molly taught at Central and West Junior Highs until the birth of a first child George in 1967, followed by a daughter Ginger in 1970. Many of Molly’s students from those teaching years are still loyal friends who love to share how Molly deeply touched their lives during their formative years.

Molly devoted her creativity and love to raising her children and homemaking for the next 20 years, focusing mostly on projects educational in nature. She taught yoga, reviewed books, and organized ‘Saturday School’ with guest speakers from all walks of life. She even started a private school, George Cross Academy, with four other families.

Both children out of the house, in 1987 she rented a small office to focus on her writing and publishing the works of other Oklahoma writers. This led to the creation of a publishing company, Levite of Apache, which published 18 works over the next 10 years. Her first book was published in 1996. It was then that she converted her publishing company to a retail bookstore, Levite of Apache, Publishing and Pendletons, continuing the tradition of her father’s store, which opened in 1903 and was the first Pendleton blanket dealer in Oklahoma Territory.

Molly wrote 10 books in all, winning the Oklahoma Center for the Book Award for Children/Young Adults in both 2002 and 2005 for two books of a three book series, The Rachel Resistance and Simon Says. She was also a finalist for the “Volunteer Award” in Tennessee.

In recent years, Molly Griffis served on the board for Bridges of Norman and led a weekly enrichment program at Full Circle Adult Day Care Center. She also led many programs and activities at Lincoln Elementary School, her late-life adopted home. Among many interests and hobbies, Molly loved reading, writing, nurturing new and old friendships, leading programs for students and teachers, and actively following Oklahoma sports, especially OU softball and women’s basketball. In her early years, she won blue ribbons at the county fair for delicacies such as pumpkin bread and rolls.

There will be a public memorial tribute at a future time, likely in the summer of 2022. Check back here for updates.

In lieu of flowers, donations to the following charities are welcome: Bridges of Norman at https://bridgesnorman.org/donate/ and Second Chance Rescue at https://www.secondchancenorman.com/donate/.

A Memorial Tree was planted for Molly

Join in honoring their life - plant a memorial tree