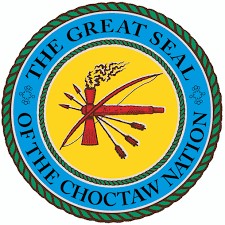 She was preceded in death by her parents; her sister, Shelley Hulin; and many other relatives.

Niki spent much of her early childhood on her grandparent’s farm.  She had fond memories of time spent there.  She studied piano while growing up and became very proficient at it.  She was offered a full-ride scholarship to Julliard, which she turned down and felt like her gift was removed from her.

She married Duane Marler three months prior to her high school graduation, and they proceeded to make a home, have two sons, and work alternately in the Nazarene ministry and the funeral home industry.  She lived during that period of time in Oregon and California, before moving back to Oklahoma.  That marriage dissolved.

Niki became a friend of Bill W. on Dec. 25, 1979, and celebrated her 40th year in recovery last Christmas.  As a clean and sober individual, she made a promise to God to work with people (mainly adolescents) who suffered from addiction for the rest of her working life.  She was able to accomplish that, working as an alcohol/drug counselor at NAIC (Norman), Second Chance (Wetumka), Recovery Way (Oklahoma City) and retiring from Central OK Juvenile Center (Tecumseh) in 2007, due to disability.  During this period of time, she gave birth to her daughter, Bobby.

Niki met her future spouse, Camille Palmer, in 1983.  They made a commitment to each other at a Holy Union at Metropolitan Community Church (Oklahoma City) on Aug. 18, 1984.  On Aug. 20, 2016, they renewed their vows in a wedding at First Presbyterian Church of Norman.  Niki and Camille were like two peas in a pod and spent all of their 36 ½ years together.

Niki was a “late bloomer” in obtaining her advanced education, after graduating from high school in 1964.  She received an AA degree in sociology and psychology from Oklahoma City Community College in 1987, and a BA in sociology from the University of Oklahoma in 1989.  She was also a Certified Alcohol/Drug Counselor for the State of Oklahoma.

Niki’s hobbies were creative writing, talking with lots of different people, listening to many genres of music, and watching college and professional sports.  Her favorite teams were the Sooners and the San Francisco 49rs.  She enjoyed reading novels and religious materials, coloring templates with her colored pencils, board games and traveling with Camille.

Niki was exceptionally proud of her Native American heritage and was working to learn to speak the Choctaw language at the time of her death.

The family wishes to thank all the doctors, nurses and emergency personnel who cared for her.  Niki would want to thank Loving Care Home Health and Peace Homecare for assisting her with her needs.

Gifts may be given in her memory to the charity of your choice, Polycystic Kidney Foundation or St. Jude Children’s Research Hospital.

To plant a tree in memory of Niki Palmer, please visit our tribute store.