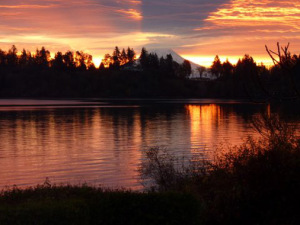 Sam was the first child born to Bill (Crow) and Janet Hammons.  He was followed a few years later by his sister, Amanda.  He attended McKinley Elementary, Alcott Middle School, and Norman High.

Working at The Mont is a family business, so like the rest of the family, Sam went to work at the Mont in his teens.  He was a member of The Mont family until his passing.

Sam was an avid sports fan.  He loved them all!  He rooted for the Sooners and was a huge fan of the OKC Thunder.  He attended many of the Thunder home games, some with his sister, Amanda.  Sam really got into the game and was a true and loyal fan.

Much of Sam’s life was spent at their family cabin at Lake Texoma.  The family was there all during the summers, boating, grilling, tubing, and just having fun.  They spent a vast majority of their time there.  Sam was very athletic, and would try just about anything!  He had no fear!  So, one day, Sam bet Crow he could tube all the way back to the dock without crashing.  Crow took that bet.  Crow did all he could to bring Sam down.  He made donuts, he zigged and zagged, he took him across wakes of other boats, and cackled all the way, but Sam maintained and reached the dock in one piece. He also lived and worked in Breckenridge, CO. for some time.  Working on the mountain gave Sam the opportunity to take part in his favorite pastime, snowboarding.  Anytime he wasn’t working, he was zipping across the mountain on his board.

In the spring of 2018, Sam became a father for the first time.  It was a life-changing event for him.  In May, he welcomed Amelia Rose.  Just when you thought Sam’s big wide grin, couldn’t possibly get any bigger…it did!  Every time he laid eyes on her.  He adored everything about her.  She was his world and he was a fantastic father, who loved her without measure.  Just recently, she was the flower girl at her Aunt Amanda’s wedding.  Sam hovered over her like she was a little chick just out of the nest.  He was so proud of her!

If you ask others about Sam, you will most likely get responses like, he has such a generous spirit, he’s always smiling, he has the best laugh, he’s so kind, he has the biggest heart and he gave the best hugs!  He will be missed by so many.  Sam is preceded in death by his beloved father, Crow. He is survived by his daughter, Amelia Rose, his mother, Janet, and his sister, Amanda (Tim) Hughes, his maternal grandmother, Fern Lundgren, his aunts, Mary and Anne and many family members, as well as hundreds of friends.  Sam loved his daughter, mother, and sister, more than can be expressed.  He was a father, son, brother, and friend.  He will forever be with us in our hearts and memories.  He will be deeply missed by all who loved him.

In lieu of flowers, donations to a fund to be set up for Amelia Rose Hammons may be made.

Services for Sam will be Friday morning at 11:00 at the First Presbyterian Church at 555 S. University, in Norman, OK.

To send flowers to the family or plant a tree in memory of Samuel 'Sam' William Hammons, please visit our floral store.