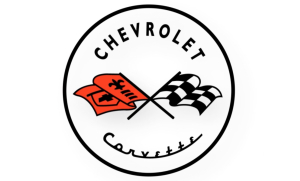 Van Harrington passed away on Wednesday, July 8, 2020, at Norman Regional HealthPlex after going into cardiac arrest two days prior.

Van was born on the gulf coast in Orange, Texas, on January 31, 1953.  He moved with his family to Waco as a teen and graduated from Waco High School.  He got his license at the age of 14, and his first car was a Corvette.  This spurred his lifelong love of Corvettes, and during his life he owned 7 Vettes in many different models.

Van retired from the military in 1991, after 20 years of service, and became a stay at home dad to Nikki, Zack, and Austin at Keesler AFB in Mississippi.  He dubbed himself “Mr. Mom”.  The family enjoyed boating to the islands off the Gulf Coast as often as possible.  Van was active in the Officers’ Wives Club, and was the impetus for changing the club’s name to the Officers’ Spouses Club.  He persisted against some resistance and the change was made.

Five years after retiring, Van became a licensed cosmetologist but soon missed working on equipment, and returned to biomedical equipment repair.  Van was happy to be assigned to work at the HealthPlex when it opened and took pride in his working relationship with the staff and nurses there.

Van enjoyed many hobbies throughout his life.  He learned to water-ski at the age of 6, and he taught all his children to water ski.  He impressed them all with his ability to slalom and ski barefoot.  He enjoyed snow skiing and trips to Pagosa Springs with family.  He learned to hang-glide in Germany and enjoyed golfing with his friends.  He particularly enjoyed boating and riding all-terrain vehicles with his family.  He eventually turned some of the ATVs into racing vehicles and enjoyed racing them and watching his older sons, Mike and Chris, race them.  With his younger children, Nikki, Austin, and Zack, his activity of choice was riding and skiing behind personal water craft, particularly SeaDoos.  In his later years, Van enjoyed getting together with the Canadian River Classic Car Club.  Van loved building and working with his hands.  He seemed to always have a project going.  In recent months, he designed and built a clay studio for Nancy and a magnificent cat tower for the family cats.

Van’s life mission completely changed when his son, Zack, died by suicide in 2010.  Van became a fierce advocate for LGBTQ rights.  Van was very open about Zack’s story and wanted to be someone that people felt they could talk to regarding their own struggles with acceptance.  Van’s need to talk, support, and advocate was fulfilled in a most unexpected manner when he met Jeremy Stulberg and Randy Stulberg and they asked to create a film about Zack’s story, Broken Heart Land.

Van is survived by his wife, Nancy; daughter and son-in-law, Nikki and Adrian; son and daughter-in-law, Chris and Melissa; son and companion, Austin and Emily; son, Mike; grandchildren, Madeliene and Brandon, Amelia, Rhodes, Isabel, Dane, and Emmett; brother-in-law and breakfast buddy, Greg, and sister-in-law, Shirley.  Van is survived by many nieces and nephews and was particularly close to Aimee and Vahid, Greg and Jessica, Emily and Will, Kristen, Cody and great-nieces/nephews, Ari, Sami, Ryleigh, Kaitlyn, Chloe, Gavin, and Tyler.  He is also survived by two brothers, Harry and David.

Van was preceded in death by his third son, Zack; parents, Jes and Margie Harrington; and brothers-in-law, Barney, Russ, and Virgil.

To plant a tree in memory of Van Harrington, please visit our tribute store.