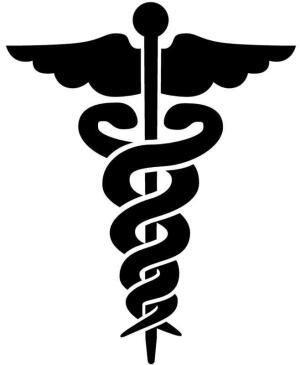 He came from a very respectable and well-loved family.  His father was the mayor in their town for three consecutive terms until he faced his untimely death at age 43.  Zoilo was only three years old when his father died.  With the complexity of life, he was able to overcome the difficulties of growing up without a father; however, he was showered with lots of emotional love and support from his mother, siblings, and immediate family members.  His personality was molded into a very kind, loving, and giving person.

Zoilo was the youngest of eight children.  He and all his siblings finished their education and were successful in their own fields.  The oldest, Benedicto, was a lawyer and accountant.  Arsenio was a corporate lawyer.  Casimiro was a civil engineer.  Milagros was a professional concert pianist.  Linda was a teacher.  Norma was a cosmetologist.  Alicia was a lawyer and poor peoples’ advocate.  Zoilo was a Doctor of Medicine, specializing in Family Medicine.  He also graduated Valedictorian in grade school at Far Eastern University (FEU).

Zoilo and his wife, Charito, immigrated to the United States and started their medical training as an intern in Cleveland, Ohio, at Marymount Hospital.  He had his residency in Family Practice at St. John’s Hospital in Cleveland, Ohio.  He then joined the military as Commissioned Corps with the rank of Lieutenant Commander.  After his service, he worked at Eastern State Hospital in Vinita, Oklahoma, as a Ward Medical Director for five years.  He worked at Norman Veterans Hospital for another five years and continued to work for the Veterans at The Ardmore Veterans Center until he joined his wife at the Vinita Psychiatry Hospital as the Medical Director until he retired.

Zoilo was a very active church member, serving as an usher and as a member of The Knights of Columbus at St. Mark the Evangelist Catholic Church since it was founded in 1991.  He and his wife contributed to the south cry room in St. Mark, acknowledged by an inscription near its door.  He was also involved in many charitable works, such as medical missions with the Philippine Medical Association of Oklahoma (PMAO) helping indigent patients in the Philippines.

Zoilo had the privilege to travel to different countries with relatives and friends.  He boarded many pleasurable cruises, his favorite being the Mediterranean Cruise.  But most of all, his most favorite trip was his visit to the “Holy Land,” where he was re-baptized in the River Jordan and renewed his vows with his wife in Cana.

Zoilo lived a full life and left no stone unturned.  He was an accomplished man in his own simple way.

Zoilo is survived by his loving and loyal wife of 54 years, Charito Q. Marcelo, MD; two sisters, Alicia Ocampo-Patawaran and Linda Luspo; and many nieces and nephews.

To send flowers to the family or plant a tree in memory of Zoilo Venturina Marcelo, MD, please visit our floral store.

A Memorial Tree was planted for Zoilo

Join in honoring their life - plant a memorial tree