The safety and well-being of our families, community, and employees is our top priority. We are proudly providing Live Streaming Services.
Learn what we're doing to keep families safe in response to Coronavirus (COVID-19).

We have years of experience caring for families from all walks of life, cultures and faiths. Our unsurpassed staff and our family provide kind, caring, professional service. Each family comes to us because they know we are leaders in our profession who are dedicated to excellence in service, adhere to the highest funeral industry standards, and have exceptional integrity. We consistently earn phenomenally high customer satisfaction survey results.

Our licensed, professional staff is here for you 24 hours a day, 7 days a week. Please call 405-329-0101 anytime. We will even come to you to make arrangements in the comfort of your home.

Prompt, compassionate service is always just a phone call away, where and when you need it.

Deana Kelly is a licensed funeral director/embalmer and joined the Havenbrook team after relocating to Norman in May 2019, from North Carolina.  With over 20 years of experience in the funeral industry, Deana has served as a funeral director/embalmer in Georgia, Virginia, Arkansas, Louisiana, Florida and North Carolina.  She is a graduate of the College of Charleston with a Bachelor of Science in Psychology and Gupton-Jones College of Funeral Service with an Associate degree in Mortuary Science.

Deana is a member of The Junior League of Norman, the Norman Rotary Club and attends Victory Family Church in Norman.  In her spare time, Deana enjoys creating wheel thrown pottery and traveling.  She and her husband, Mike, also enjoy spending time with their basset hound, Grace, and English cream golden retriever, Benny, who is a certified therapy dog and works each day at the funeral home and in the community alongside Deana. 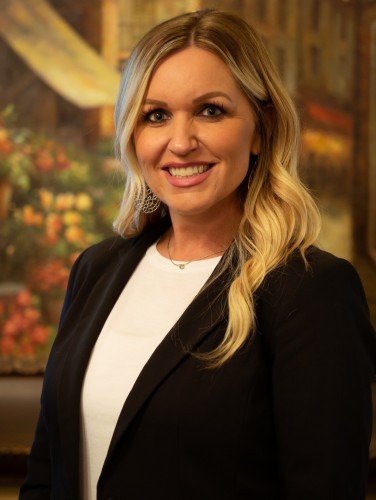 Michelle has worked in the funeral business for over 18 years. She never dreamed of being in the funeral industry until she lost a loved one of her own, her sister, at the age of 22, in the bombing of the Alfred Murrah Federal Building. After reflecting upon the experience of burying a loved one at such an early age, Michelle realized the importance of serving each family as if they were her own, assisting wherever and whenever possible to provide the experience the families deserve.

In addition to the accounting and business aspects of her position with Havenbrook, Michelle understands the importance of assisting each family with other concerns, which may include filing insurance, securing/filing the death certificate, or writing an obituary.

Michelle is a graduate of Moore High School and resides in Moore with her husband and their 16-year-old daughter. She is an avid animal lover who has three dogs of her own; if possible, she would rescue any and all animals that needed to be rescued. She and her husband are OU season ticket holders and never miss a game. She loves going to the lake, metal detecting, doing crafts of any kind, and spending time with her family and friends. 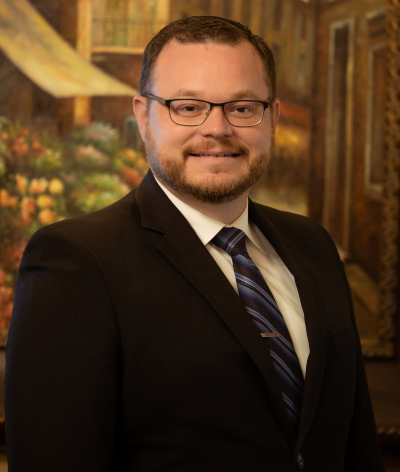 Jonathon is a licensed Funeral Director and a native Oklahoman.  He graduated from the University of Central Oklahoma, majoring in Funeral Service and Embalming.  Jonathon has been with Havenbrook since 2013 and has become an important part of our staff due to his work ethic, intelligence and his love for helping people.

Jonathon is married and has two beautiful daughters to spoil.  His wife, Lindsay, has a degree in Interior Design from the University of Oklahoma and is a strong foundation for Jonathon and his career.

Jonathon also prides himself in his hobbies, which include camping, hunting, biking, four-wheeling, off-roading in his Jeep, practicing guitar with his friends, working on his classic car, brushing up on his drawing and hanging out with his dad.  He is a Paul Harris Fellow and a member of the Norman Sooner Rotary Club and loves to volunteer with community events. 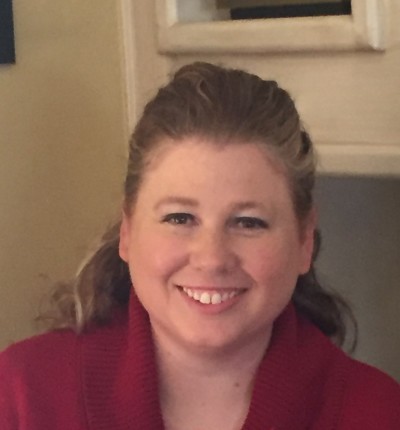 Amy joined the Havenbrook team in the fall of 2019.  As our Aftercare Director, she follows up with our families throughout the year and leads a monthly grief support group.

She is a 2003 graduate of the University of Oklahoma with a BA in Religious Studies.  From there she obtained her Masters of Divinity from the Perkins School of Theology at SMU in 2011.  She worked for ten years as an associate pastor and eventual senior pastor of two churches.

In early 2019, she decided to make a slight change in careers to become a Licensed Professional Counselor, focusing on grief and trauma therapy. She has a passion for helping and serving others through their time of crisis.

She loves being back home in Norman with her three dogs, Lucy, Okie, and Lily. When not studying and reading, she enjoys the outdoors with her dogs, all OU sports, and trying new and different foods.

Amber attends the University of Central Oklahoma where she is completing her Bachelor Degree in Mortuary Science.

She and her husband, Mark, recently moved to Norman following his retirement from the United States Army.  In their free time, they enjoy attending football games and spending time with family and friends. 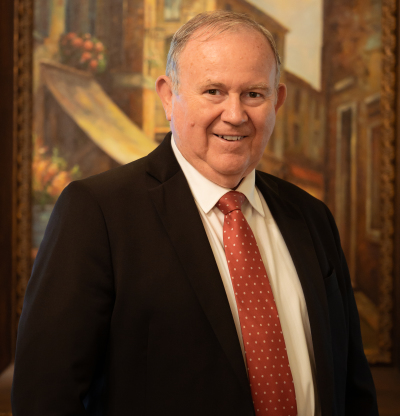 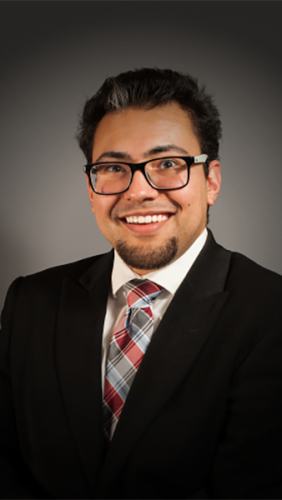 Bernie works hard to ensure that each family celebrates the life and legacy of their loved one. With a pleasant personality and smile on his face, he is eager to assist, whether it be answering the phone, customizing memorial service folders, producing memorial videos, or setting up flowers for a funeral.

Bernie resides in Norman with his Husky named “Blue.” He attended the University of Oklahoma and graduated in December 2016.

In his spare time, he enjoys laser tag, paintball, and going camping. He is an avid pool player and one day aspires to hone his skills and make it to the big leagues. 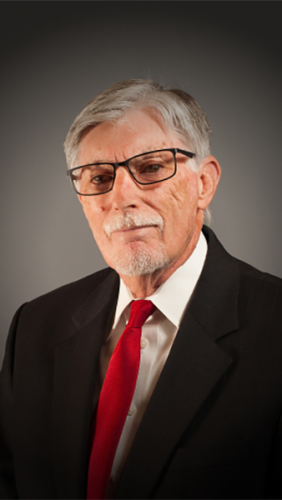 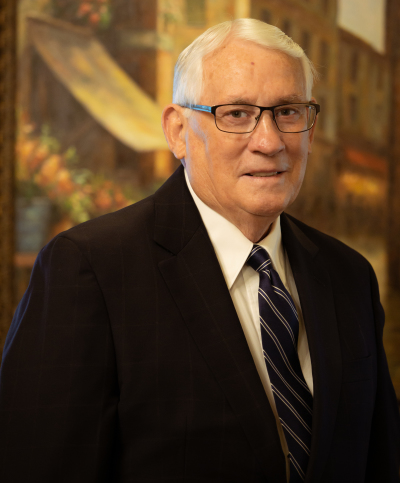 Lyle was born in Idaho Falls, and grew up on a cattle ranch in Western Montana.  He is the youngest of nine children.  Lyle has seven children, eighteen grandchildren and four great grandchildren.

He spent two years in Western Canada on a Mission for his church and eight years serving in the U.S. Army Infantry Reserve.  Lyle obtained a Bachelor of Arts from Brigham Young University and an MBA from Northwestern.

Lyle worked for twenty years as a manager in the Telephone industry.  He owned and operated a Wilderness Canoe Outfitting Resort in Northern Minnesota for fourteen years and spent five years managing a Fishing Resort in Alaska.

Lyle has resided in Norman for ten years.  He volunteers at the Bishops Storehouse one day a week, serves at the LDS Temple two days a week, and has enjoyed serving as a ambassador on the  Havenbrook team for the last five years.

Bill appreciates the opportunity and sense of community and service in the role of Ambassador.  He recently retired after 35 years with UPS where he held various management positions over the years with the past ten being as a Labor Relations Manager.

Bill has lived in Norman with his wife Teri for nearly forty years.  Bill and Teri have three children and three grandchildren.

Bill graduated from the University of Oklahoma with a degree in business administration.  He enjoys helping others, working in the yard / gardening and traveling with Teri especially to visit family and grandchildren.

Bill has been a member and attends St. John’s Episcopal Church in Norman for 35 years and more recently joining and participating in the community through the Sooner Rotary of Norman. 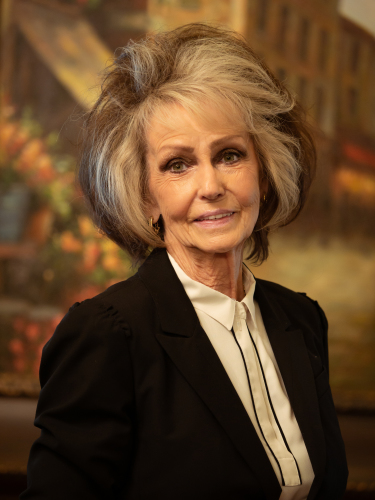 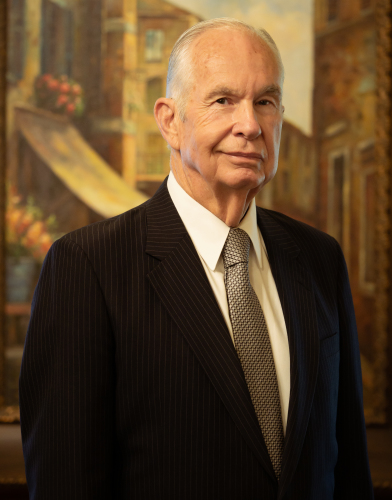 Jim has been an ambassador since 2013, and has lived in the Norman and Moore area for over 50 years.

Jim had three children graduate the local school systems, two went on to receive degrees from the University of Oklahoma and the third graduated from the university of Central Oklahoma.

Jim retired from AT&T and Bridgestone Firestone, and he is an active member of the First Baptist Church of Moore.

The loss of his own son to cancer inspired Jim to help people in their greatest time of need. 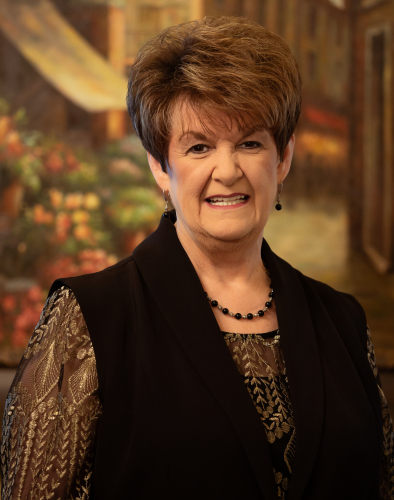 Brenda Roberts is a blessing and an immense talent for our team.   She brings years of grace, professionalism, leadership and a willingness to serve for her community to our team.   Brenda joined the Havenbrook team in February 2014.

She is originally from Virginia, but in March 1973, she married David Roberts of Oklahoma City. In August 1983, they moved to Moore, Oklahoma, where they have lived and have become very active in community activities.

Brenda began her civil service career at Fort Lee, Virginia. She transferred to Tinker Air Force Base in March 1973, continuing her civil service career primarily in civilian personnel functions.  Her final assignment was as the Civilian Personnel Liaison for the 552nd Air Control Wing, a position she served in for 10 years. In 1997, she retired, having served 34 years with the government. In 2003, she became the Executive Director of the Moore Chamber of Commerce; later her title was changed to President/CEO. She served in this position for 10 years, retiring in December 2013.

Her desire to serve others has offered her many opportunities in Moore, Norman and the surrounding communities. 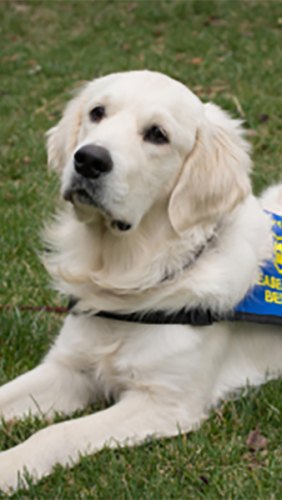 Born in Mississippi, Benny, an English Cream Golden Retriever, joined the Havenbrook team in May 2019, after relocating to Norman from High Point, North Carolina, where he previously served at a funeral home.  He received his therapy dog certification in March 2017.  In addition to bringing comfort to grieving families and friends that have lost a loved one,  Benny enjoys visiting many organizations and facilities in our community to share some joy.

You are welcome to call us any time of the day, any day of the week, for immediate assistance. Or, visit our funeral home in person at your convenience.